The dangers of inspection jobs

Pipe inspection can be a dirty, sometimes thankless job. It can be dark, hot, uncomfortable, difficult to move, and just plain dangerous.

According to propublica.com, a gas pipeline explosion in San Bruno, California rose to as much as 300 feet in the air. The residents said the explosion was so large they thought an airplane had crashed. In a post 9-11 world, this would have been terrifying to all involved.

Of course, no one would have been inspecting this particular pipe when the explosion happened, but it does point out how dangerous pipes can be overall.

A quick online search using the keyword “pipe inspector jobs” brought back 192 results alone on a job website. So as dangerous as pipe inspection can be, folks are hiring inspectors while others are willing to take the job.

There is a huge push in America to make jobs like pipe inspection inherently safer. Pipe inspection robots are one way to make sure that workers stay safe, while the job still gets done.

The longer a pipe inspector is down inside a pipe either inspecting it for trouble, or trying to find a known issue, the more chance they can fall prey to a dangerous situation.

Much like any other dangerous job, the danger is reduced the less time a human worker is actually in the danger zone.

The workhorse of their inspection line of robots is the SJ-32-W Treaded Waterproof Pipe and Duct Inspection Robot. It can easily fit in any pipe with an inner diameter of 10 inches or more.

Since it’s a treaded robot, it can navigate over obstacles that many inferior robots would succumb to. When others are turning back, this robot is just getting started. 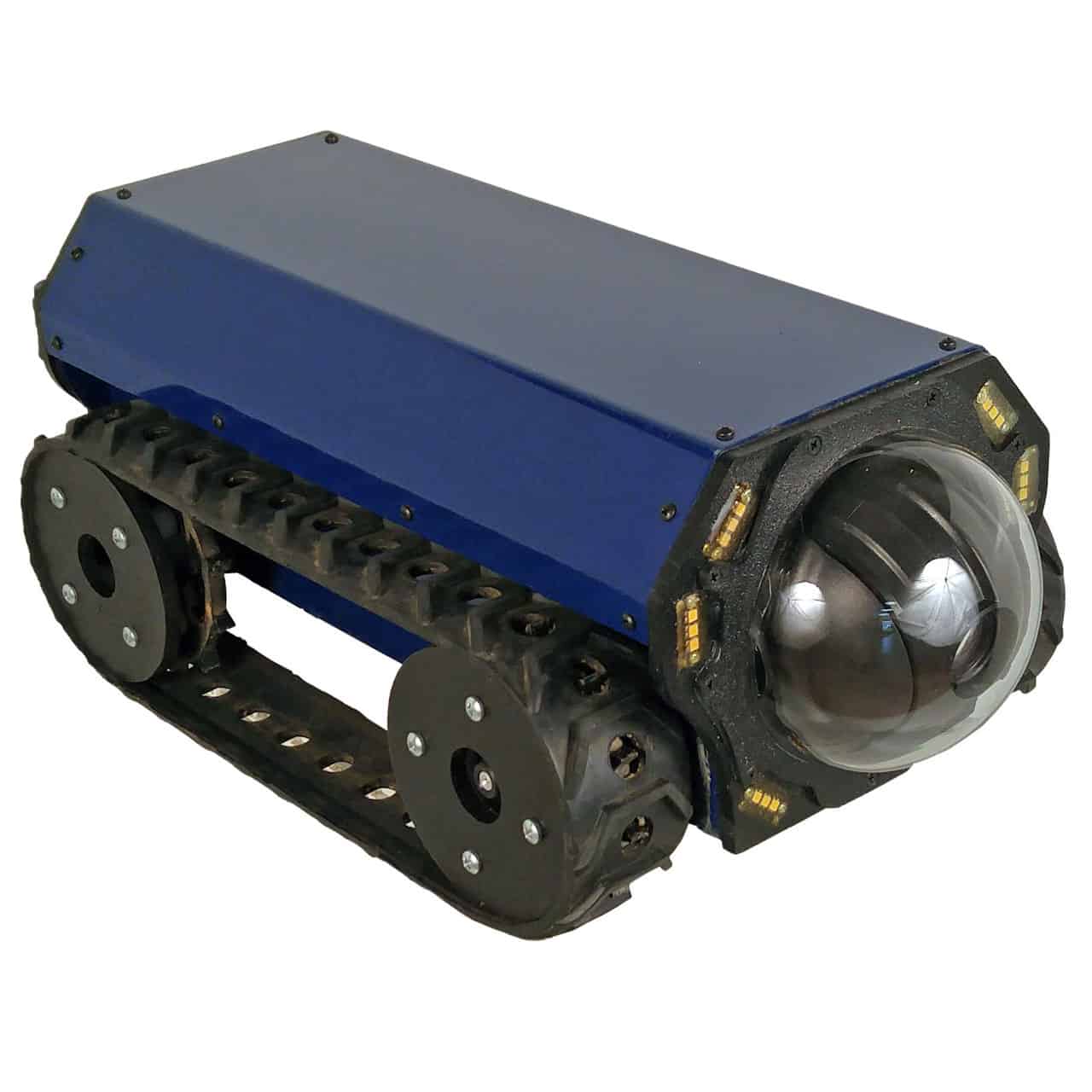 It comes with a full pan-and-tilt camera which is protected with a clear dome to keep it from getting damaged during the job. The camera has 10X optical zoom so you can inspect even farther away from where the robot can get to.

A second, fixed rear camera is also installed on the robot so that the tether can be monitored when backing out of a pipe.

Since wireless operation can be challenging when a robot enters a pipeline, this robot is available with a tether that connects to the robot on one end, and the controller on the other end. (Wi-Fi control systems are available as well, but your preference will be determined by your needs)

For longer tethers, a tether spool is also an option. This makes it much easier to retrieve the pipe inspection robot once the job is done.

This inspection robot is smaller than you might think, which for pipe inspection jobs, is a good thing! It stands at 8.5″ wide 17″ long and 6.5″ high, so it can fit in places much smaller than any human can.

It has a run time of up to three hours under normal conditions, which gives you plenty of time to inspect, find the problem, and complete the job.

Dirty dangerous jobs aren’t going anywhere, but technology can come to the rescue in many cases. Pipe inspection robot advantages are one way of making at least one type of job safer for the human workers involved.

Check out the SuperDroid Robots online store to find out about the SJT-32-W Treaded Waterproof Pipe and Duct Inspection Robot as well as their entire line of inspection robots.