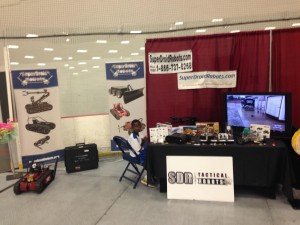 Ultimately, the festival is a product of FIRST K-12. SpringSTE[A]M’s founder and ColumbusMakesIT owner, Frank Braski, organized the event after years of hosting larger and larger lower-level robotics competitions in the FIRST continuum of programs.