This high performance 900 MHz omnidirectional "rubber-duck" antenna provides broad coverage and 3 dBi gain. It is a coaxial sleeve design with an omni-directional pattern. It is ideally suited for 900MHz ISM band applications as well as cellular applications.

Measuring 8.62" long, this flexible antenna features a tilt-and-swivel Reverse Polarity SMA-Plug (RP-SMA) connector, allowing them to be used vertically, at a right angle, or any angle in-between. It is suitable as a replacement RF antenna for 900MHz radios that are equipped with RP-SMA connectors such as wireless video transmitters and receivers, 900MHz digital spread spectrum radios and more. 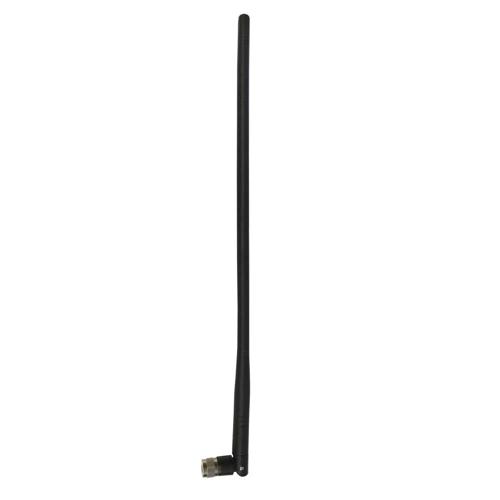